AN ITALIAN STORY SINCE 1972

Nolangroup was founded in 1972 and is currently the only company in the sector producing all its helmets in ITALY, being today the largest manufacturer in Europe: 400.000 helmets per year exported to more than 70 countries worldwide and a team of 390 people working in a single location which covers an area of 31,000 square metres in Brembate di Sopra (in the province of Bergamo). The company produces both polycarbonate helmets under the Nolan and Grex brands, and composite fibre helmets, under the X-lite brand. These are joined by N-Com, Nolangroup's range of communication systems that are fully integrated and compliant with current regulations. 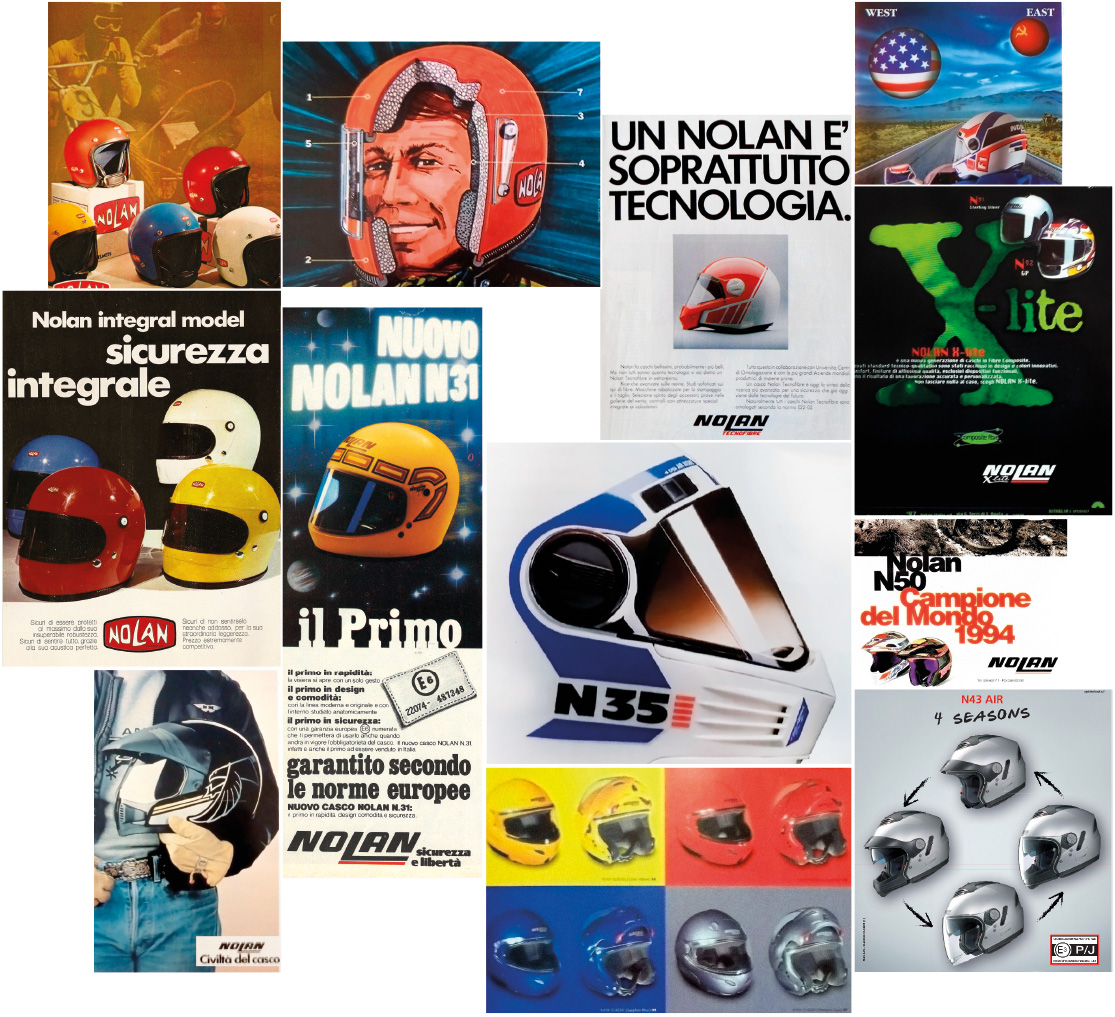 A HISTORY OF INNOVATION

Nolangroup was founded in 1972, when Lander Nocchi, a businessman operating in the motorbike and car accessory sector, set up production of motorcycle helmets which were injection moulded in polycarbonate, an innovative plastic material developed by General Electric under the trademark LEXANTM* and which had already been used for the moulding of protective helmets for astronauts on the “Apollo” missions. This was the birth of the first helmet to carry the Nolan brand name (an acronym of the founder’s name): the N01, jet model. 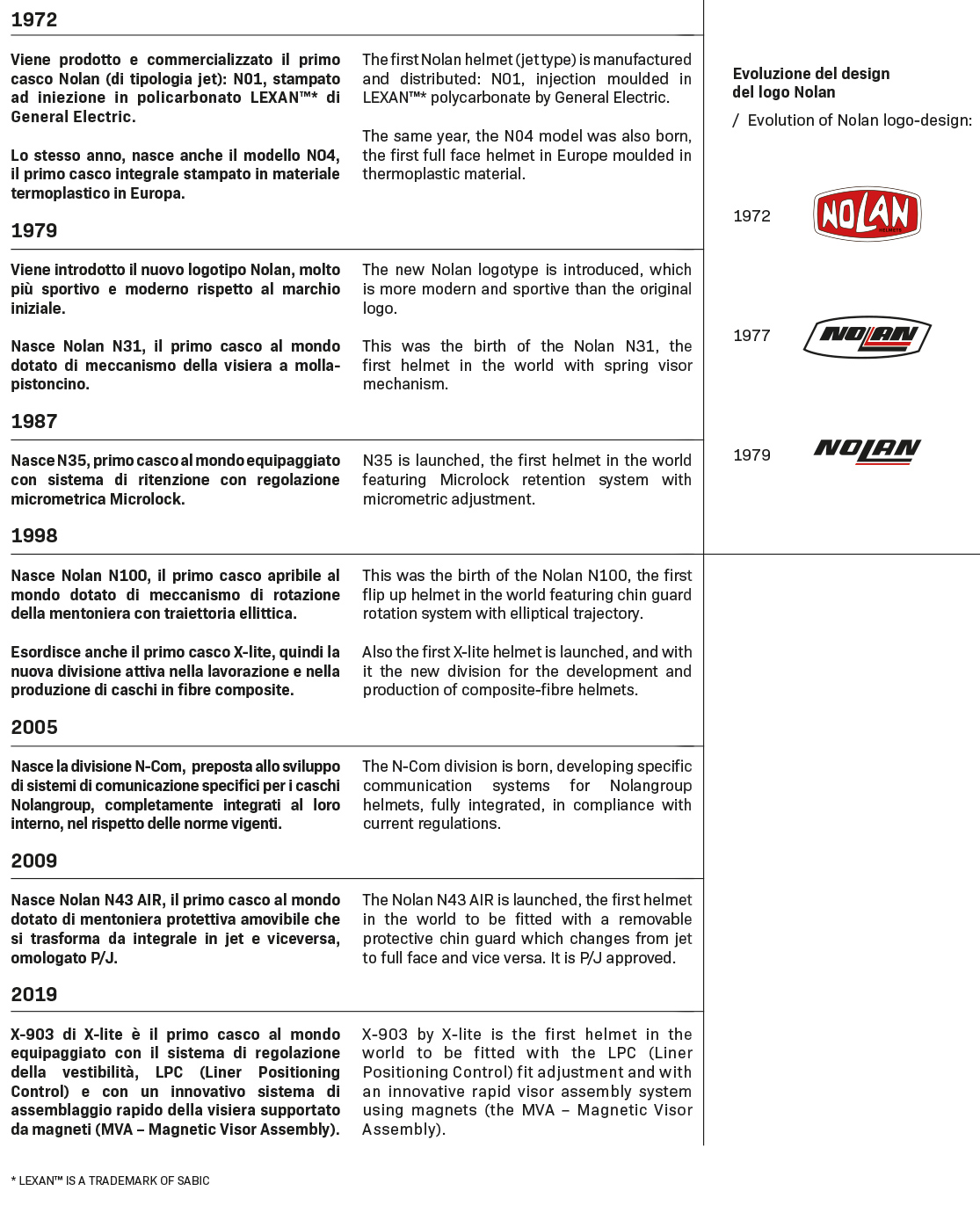 Watch the short film for a glimpse in Nolanʼs past!